Parental juggling 101: how to balance your kids’ wants and needs with a limited budget 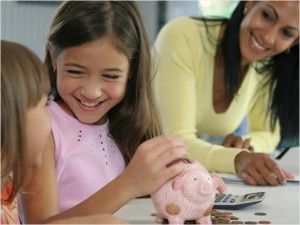 If you’re a parent, you’ve lived through this: your child with tears flowing down their face and screaming in the middle of a busy shop. All because you said they couldn’t have a chocolate or sweet. No one said being a parent is easy – but it gets even harder when you are trying to juggle your kids’ wants and needs on a strict budget.

Mmabatho, a town planner from Bela Bela who was one of the contestants for the 2018 Absa Money Makeover competition, knows all about this. She has three sons – with the oldest 15 and the youngest three – so has had plenty of experience with balancing the family’s short- and long-term financial needs and the bottomless well of wants.

“The biggest challenge has been finding a way of preparing for the future while enjoying the present, and learning the financial discipline – and passing it on to my kids – to make our money work for the whole family,” she says.

These are her top lessons that she’s learnt over the years – often the hard way – that help her juggle her boys’ wants and needs:

What all of these tips have in common is that they help teach kids the value of money – which will ultimately help them develop a healthier relationship with it that they can carry with them into adulthood.